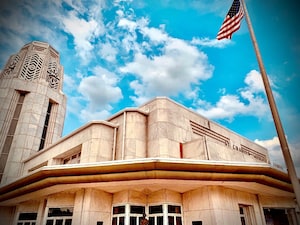 The St. Charles law firm of John J. Malm & Associates is a team of experienced and caring personal injury attorneys who help individuals and families who have suffered an injury or loss due to an automobile accident. Our newly remodeled Kane County offices are located at 1700 Lincoln Hwy. (Route 38), Suite G, St. Charles, Illinois 60174. Our dedicated lawyers live right here in the Fox Valley and regularly represent our clients in auto accidents in St. Charles.

Our personal injury law firm understands that careless or negligent driving (speeding, running a red light, crossing the center line, or failing to yield), reckless driving (drag racing), distracted driving (texting while driving), or impaired driving (alcohol or drugs) can lead to car accidents involving serious injuries and fatalities here in our community of St. Charles. Although the population here in St. Charles has declined just slightly in the past year, reports of serious car accidents appear to be steady, and, sadly, fatalities are on the rise.

According to the Illinois Department of Transportation (IDOT), in 2018, there were 679 automobile accidents in St. Charles, which was an increase of about 30 crashes from the previous year. Of these, only one accident involved a motor vehicle striking a bicyclist, and five accidents involved motor vehicles striking pedestrians.

When are roads safest in St. Charles? Traffic patterns in St. Charles, which gradually increase during the week, seem to play a role in the timing of car accidents. The early portion of the work week has the lowest crashes reported, while motor vehicle accidents occurred more frequently near the end of the week. Crashes peaked during Wednesday through Sunday, with most crashes, 123 in total, taking place during the daylight hours of 2:00 p.m. to 4:00 p.m. 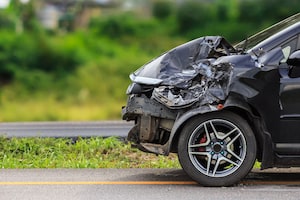 How are records of St. Charles crashes kept? When categorizing all reported motor vehicle accidents, IDOT uses a system consisting of letters to classify the severity of the injury that occurred. When a car accident is reported to the police, an Illinois Traffic Crash Report is generated, and any injury that occurs is labeled with either a K, A, B, C or O. “K” means that a fatality resulted from the accident. “A” represents someone suffering incapacitating injuries from the accident. “B” is non-incapacitating injuries. “C” is non-evident or very minimal injuries, and “O” means that there is no indication of any injury. IDOT combines A, B and C to determine the total injuries for a particular year.

The overwhelming majority of injury classification for the City of St. Charles in 2018 was O, which means most people did not sustain injuries. However, 185 people were injured in the total 679 crashes, and 20 of those people suffered from incapacitating injuries. Incapacitating injuries can range from broken bones to paralyzing spine injuries.

Unfortunately, two fatal accidents in St. Charles have already been reported in the first half of 2020. Serious accidents due to negligence occur frequently and sometimes result in fatalities (wrongful death). Fatal traffic accidents can be caused by anything from distracted driving to adverse weather conditions (driving too fast for conditions).

On the morning of June 2, 2020, a 60-year-old woman was killed when her Volkswagen Beetle side-swiped a Mercedes, and then collided head-on with a semi-truck on Kirk Road in St. Charles. The woman operating the Volkswagen was headed northbound when she crossed over the center line of the road. The operators of both the Mercedes and the semi-truck driver were proceeding southbound in their respective lanes. The operator of the Mercedes was hospitalized with non-life-threatening injuries, and the driver of the semi-truck was minimally injured.

Another fatal accident occurred on the afternoon of February 27, 2020, on Fox River and Weber Drives. A 25-year-old driver and a 26-year-old passenger were thrown from a Chevy Trailblazer after it left the roadway and struck a tree. The driver was transported to nearby Delnor Hospital in Geneva, Illinois, where he was pronounced dead. The passenger was taken to Good Samaritan Hospital in Downers Grove and treated for injuries.

Rarely, vehicle malfunctions can cause a motor vehicle accident. Potential mechanical failures include vehicle’s braking system failure. Although seldom reported, a brake failure can be result in serious injuries, especially at higher rates of speed.

John J. Malm & Associates is an experienced St. Charles law firm representing individuals and families who have suffered an injury or loss as a result of a car accident, truck accident, motorcycle accident, bicycle accident, pedestrian accident, and bus accident. We have helped our clients recover millions in compensation. You may be entitled to a substantial settlement if you have been injured. If you or a loved one has been injured in a St. Charles car accident, we encourage you to call John Malm and his team at 630-524-2323 to receive a free case evaluation and discuss your options.