What is a Skull Fracture? 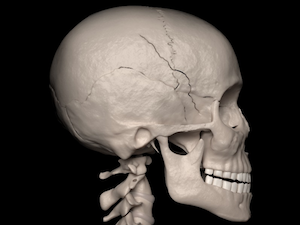 A skull fracture is a break in one or more of the eight bones that make up the neurocranium. The neurocranium is formed by the frontal bone, ethmoid bone, sphenoid bone, occipital bone, temporal bones (2), and the parietal bones (2). A skull fracture may or may not be accompanied with an injury to the brain, and can be potentially fatal depending on the type and location of the fracture. Therefore, it is extremely important to seek medical attention immediately if you believe you are suffering from a skull fracture.

How does a Skull Fracture Occur?

Skull fractures occur from direct blows to the head. Typical injuries that can cause skull fractures include slip and falls, sports-related injuries, and motor vehicle accidents.

What is a Skull Fracture Settlement Worth?

The settlement value of a skull fracture may be difficult to determine before reviewing the medical evidence, such as medical records and bills, and having an understanding of the theory of liability. The value of skull fractures can vary from case to case, depending on the location of the fracture, the severity of the fracture, the complications associated with the fracture, the likelihood of permanency, and the treatment provided. Generally, damages for past and future pain and suffering, loss of a normal life, past and future medical bills, and wage loss can be obtained in a skull fracture settlement. However, a skull fracture injury settlement can be diminished based on whether a plaintiff’s own negligence (or “comparative fault”) contributed to the injury, or when there are pre-existing medical conditions that may also have led to the injury or need for treatment.

Some of Our Firm’s Recent Skull Fracture Settlements

Pedestrian accident, negligence. Cook County, Illinois. Settlement for $100,000 was reached on behalf of a client that was struck by a motor vehicle. The client suffered severe injuries, including a skull fracture and traumatic brain injury as a result of the collision. The case settled with the at-fault party’s insurance carrier, State Farm Insurance Company, after negotiations.

What are the Symptoms of a Skull Fracture?

Symptoms of a skull fracture vary depending on the severity, location, type of fracture, and whether or not injury to the brain has occurred. Signs and symptoms that can accompany a skull fracture include:

How is a Skull Fracture Diagnosed?

The diagnostic process for a skull fracture involves a physical examination and imaging tests of the head. During the physical examination your physician will visually inspect and palpate your head to identify areas of bruising, swelling, tenderness, and deformities/abnormalities of the neurocranium. Your physician will likely perform a neurological exam as well to ascertain whether or not an injury to the brain has occurred. To confirm a skull fracture, your physician will likely order an x-ray, computed tomography scan (CT scan), and/or a magnetic resonance imaging (MRI). However, the preferred diagnostic imaging test is a computed tomography scan. A computed tomography scan produces highly detailed images of the bone and surrounding soft tissues. This is helpful in determining whether or not a skull fracture has caused any injury to the brain.

There are four major types of skull fractures:

Treatment for a skull fracture is individualized and often depends on the type of fracture, location of the fracture, and whether or not injury to the brain or other surrounding soft tissues has occurred. For most skull fractures (linear fractures), patients may be observed in the hospital for a brief amount of time and can usually resume normal activities within a few days. Usually, no surgical intervention is needed for a linear fracture. However, surgery may be needed to repair compound fractures (when the fractured bone has punctured through the skin), comminuted fractures (when the bone has fractured into more than two pieces), some types of closed fractures (such as a depressed skull fracture, in which surgery may be required to help correct the depression), and also to stitch up any tears in the meninges and/or scalp.

The knowledgeable attorneys at John J. Malm & Associates have successfully handled cases for our clients who have suffered skull fractures. We are a team of experienced personal injury lawyers who represent individuals and families who have suffered an injury or loss due to an accident. You may be entitled to a substantial settlement if you have been injured. Call 630-527-4177, or 312-422-6855, and speak with Attorney John J. Malm and his team today.