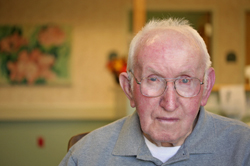 When we place a loved one in the care of a nursing home, we expect the nursing home will take proper care of them. However, too often nursing homes fail to either hire an adequate number of staff members or provide them with proper training. This leads a level of care that is less than adequate for many Illinois nursing home residents.

What Actions Constitute Claims for Nursing Home Abuse and Neglect in Illinois?

Unfortunately, many nursing home abuse and neglect cases may arise from:

While this list is not exclusive, it represents the common types of abuse Illinois nursing home residents suffer on a daily basis. These acts have profound effects on the patient both emotionally, physically, and financially.

What are the Common Warning Signs of Nursing Home Abuse and Neglect?

What is the Role of the Illinois Department of Public Health in Nursing Home Cases?

What Actions Should You Take if You or a Loved One has Experienced Nursing Home Abuse or Neglect at an Illinois Nursing Home?

Some of Our Firm's Current Nursing Home Cases:

DuPage County nursing home lawyers, The Law Offices of John J. Malm & Associates, have been retained to represent the family of an elderly man who suffered fatal head injury when he fell at a nursing home in downstate Illinois. Nursing home personnel failed to monitor the resident, who was a known fall risk. The victim suffered from dementia and was wheelchair bound. He required the supervision of the staff of the nursing home, because he suffered from instability and was susceptible to falls. The elderly man had been left alone in a bathroom and fell, suffering a serious head injury, which ultimately resulted in his death. The family has retained Naperville personal injury lawyer, John Malm, to bring a claim against the nursing home for failing to monitor their father. Damages in excess of $1,000,000 are being sought against the nursing home and its staff.

Naperville nursing home lawyers, The Law Offices of John J. Malm & Associates, have been retained to represent a man who suffered a horrific bed sore in a hospital, after being admitted in a diabetic coma. While hospitalized, he remained in a coma for several days. During his stay, the staff failed to adequately monitor him and turn him in accordance with the standard of care for bedridden patients. As a result, the man developed a stage 4 bed sore on his rear end, requiring surgery and resulting in permanent injuries. The man has retained DuPage County personal injury lawyer, John Malm, and is seeking damages in excess of $1,000,000 against the hospital and its staff.

Contact Us
Personal Injury
Chicago Injury Lawyer Blog - Nursing Home Neglect
Client Reviews
★★★★★
"The Malm law firm is extremely professional and friendly. I would definitely refer others to this law firm." D.K., Naperville, IL
★★★★★
"John, thank you again for all your hard work and dedication to my case. I really appreciated knowing I did not need to worry about anything and that my case was in good hands. It was so nice to have a peace of mind the entire time." J.O., Naperville, IL
★★★★★
"What can I say besides thank you for all you did. You handled my car accident case well -- with experience, knowledge and patience. You are an absolutely great attorney. You have made it possible for me to start living a normal life again. Thank you again, God Bless." E.R., Naperville, IL
★★★★★
"John is the best. I would not want anybody else to handle a case for my family." T.D., Aurora, IL
★★★★★
"I am truly blessed to have been referred to John and his team. Without John, my case would have been swept under the carpet. He truly made me feel cared for, protected and comfortable. I never was treated as just another case, and never felt ignored or neglected. I recommend John and his firm to others." A.G., Elgin, IL
View More
Submit a Law Firm Client Review