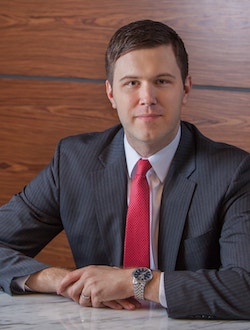 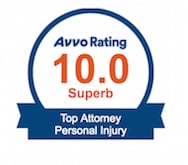 Separating the Wheat from the Chaff: A Practical Guide to Drafting Requests to Admit and Addressing Improper Objections and Denials in Personal Injury Cases
Illinois Trial Lawyers Association; Winter, 2012

Requesting and Reviewing Medical Records and Bills for Injury Litigation, College of DuPage, 2014 and 2015

Jason was born in Winfield, Illinois on August 17, 1985. He grew up in Batavia, Illinois and graduated from Batavia High School in 2004. Jason then attended Illinois State University where he studied politics and government, economics, and pre-law. At Illinois State University, Jason was involved in numerous extra-curricular and philanthropic activities. He also served as a tutor in economics. Upon graduation, Jason enrolled in The John Marshall Law School. In law school, Jason received high academic honors, competed in an appellate advocacy competition, and served as a member of The John Marshall Law Review Board.

While attending law school, Jason was selected and served as a judicial extern for the Honorable Judge Jeffrey Lawrence in the Law Division of the Circuit Court for Cook County. Under the direction of Judge Lawrence and his staff, Jason reviewed and analyzed pending pre-trial litigation motions and pleadings. His experience as a judicial extern gave him valuable insight into judicial analysis and the inner-workings of the court system.

In October of 2011, Jason joined the Law offices of John J. Malm & Associates, P.C. Jason represents individuals and families who have been injured due to the fault of others.

Jason is devoted to seeking compensation for his clients who have suffered an injury due to the fault of the others. Jason understands how disruptive and traumatic a personal injury can be to his clients. He strives to seek fair and prompt resolution of his client’s claims while keeping his clients fully informed of the development of the case as it proceeds. Jason believes that no two cases are alike, and each case deserves individual attention and strategy. “Careful preparation is key to my clients’ success and I pride myself on meticulously preparing my cases through each stage of litigation.” It is through careful preparation that Jason is able to achieve the maximum recovery for his clients.

In 2012, Jason joined the Board of Directors for TriCity Family Services, an organization that provides counseling and mental health services to teens, families, and individuals regardless of ability to pay. Jason was the president of the board of directors from 2014-2017 and he remains an active member of the board.