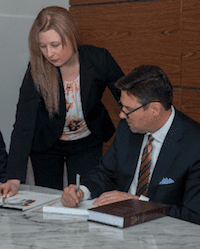 Illinois dog bite attorneys John J. Malm and Sara L. Bendoff recently obtained a $400,000 settlement for the injuries including multiple puncture wounds, suffered by their client, a mother of three, after she was brutally attacked by a pit bull in Sugar Grove, Illinois. The client was walking in her neighborhood with her young daughter when the dog, an aggressive pit bull terrier, suddenly jumped over a backyard fence and charged toward them. The woman instinctively threw herself in front of her daughter to protect the little girl. The pit bull knocked the woman to the ground and began biting her leg, repeatedly.

"You know [the dog] has to be leashed or she'll get out!"
- Dog's owners arguing at the scene

The attack went on for several terrifying moments before the dog's owner, who had just let the animal out a back door, rushed out of the home and eventually restrained the dog. The dog's owner admitted at the scene that the pit bull should not have been let out without a leash, as the dog was known to be able to escape from the yard over the low fence.

The injured woman was rushed to an emergency room, where she underwent emergency surgery. Due to the infectious nature of the lacerations and deep puncture wounds she sustained to her leg, she experienced complications and underwent additional surgeries to treat and heal her wounds. 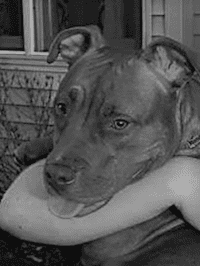 Attorneys John Malm and Sara L. Bendoff documented the attack, photographed the woman's injuries and created a day-in-the-life video to demonstrate some of the difficulties their client experienced throughout her medical treatment and recovery. Mr. Malm and Ms. Bendoff presented a premises liability claim to the owner of the dog, who was insured under a homeowner's policy. A formal settlement demand, demonstrating the nature and extent of the client's injuries, was filed at the conclusion of the client's medical treatment. Mr. Malm and Ms. Bendoff negotiated a successful settlement on behalf of their client with the homeowner's liability insurance carrier, Farmer's Insurance, avoiding lengthy litigation and a trial.

The violent attack was investigated by local animal control officials and the police department. The dog's owner was issued a citation for failing to restrain the dog, which was declared to be a vicious animal. As a result of the attack, a local city ordinance was adopted to better regulate vicious animals following a violent attack.

If you have suffered an injury or loss as a result of a dog bite or animal attack, contact the knowledgeable Naperville personal injury lawyers at John J. Malm & Associates. Our dog bite lawyers have successfully handled many dog bite claims and animal attack lawsuits. We are a team of experienced personal injury lawyers who represent individuals and families who have suffered an injury or loss due to an accident. You may be entitled to a substantial settlement if you have been injured. Call 630-527-4177, or 312-422-6855, and speak with Attorney John J. Malm and his team today.