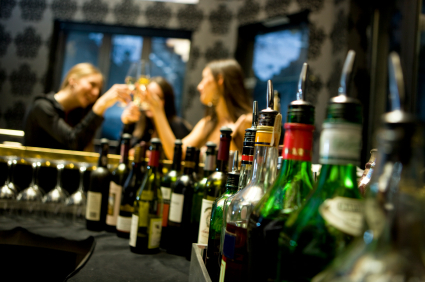 Intoxicated people behave in ways that make us unsafe. When injuries have resulted from the careless or intentional actions of an intoxicated person, the bar or tavern that served the intoxicated individual may be liable for damages, including medical expenses and pain and suffering. There are two types of liability claims that can arise against bars and taverns: (1) Dram Shop liability, or claims based on applicable Illinois statute; and (2) tavern keeper/innkeeper liability claims, or negligence claims which are based on the common law.

Under the Illinois Dram Shop Act, 235 ILCS 5/6-21, a person who is injured by an intoxicated person has a right of action against the seller of alcoholic liquor, who by selling or giving alcoholic liquor, causes the intoxication of such person. The amount of damages that may be sought under the Act is limited in amount by statute, and varies by year. A listing of the current Dram Shop Liability Limits can be viewed here. There is a one-year statute of limitations governing claims brought under the Illinois Dram Shop Act; claims not commenced within one year after the date the cause of action accrued shall be barred. 235 ILC 5/6-21.

In every Dram Shop case, the defendant may be entitled to assert certain defenses, including “provocation” (that plaintiff’s injuries from a fight or altercation are due, in part, to an act of provocation on his own part), “complicity” (that persons actively contributing to the intoxication of the enebriate may not bring a claim) and “extra- territoriality” (that alcohol was consumed outside of the State of Illinois).

Tavern Keeper/Dram Shop/Premises Liability. Kane County, Illinois. Settlement totaling $83,500 was reached by attorney John J. Malm on behalf of an Aurora man who was injured at a bar in Aurora, after intoxicated patrons in the bar became unruly and started a fight. A bar employee became involved in the physical altercation that erupted when patrons refused to leave the bar. The Plaintiff suffered a fractured pelvis and a torn knee, which required surgery. Evidence obtained following numerous depositions of eyewitnesses revealed that the bar continued to serve alcohol to intoxicated patrons, and that a bar employee was involved in the ensuing altercation that caused the plaintiff to be injured. Settlement was reached after the court denied the defense’s motion for summary judgment and before trial.

Tavern Keeper or Innkeeper Liability: a High Duty of Care

Someone injured by quarrelsome, disorderly, or vicious persons inside a bar tavern may have a claim against the owner if he fails to protect against the misconduct of such persons. Under Illinois Common Law (the law handed down by our Courts, rather than our legislature), a patron of a tavern may have a claim for liability against the tavern owner when the owner carelessly permits quarrelsome, disorderly, or vicious persons into the bar. A tavern keeper, or “innkeeper,” has a high duty of care owed to patrons inside the tavern, in a way that members of the general public do not. Illinois has adopted Section 314(a) of the Second Restatement of Torts, which provides that there is “an obligation to take reasonable affirmative action to protect against the misconduct of third parties, and to give aid.”

Contact Us
Personal Injury
Chicago Injury Lawyer Blog - Dram Shop & Tavernkeeper Liability
Client Reviews
★★★★★
"The Malm law firm is extremely professional and friendly. I would definitely refer others to this law firm." D.K., Naperville, IL
★★★★★
"John, thank you again for all your hard work and dedication to my case. I really appreciated knowing I did not need to worry about anything and that my case was in good hands. It was so nice to have a peace of mind the entire time." J.O., Naperville, IL
★★★★★
"What can I say besides thank you for all you did. You handled my car accident case well -- with experience, knowledge and patience. You are an absolutely great attorney. You have made it possible for me to start living a normal life again. Thank you again, God Bless." E.R., Naperville, IL
★★★★★
"John is the best. I would not want anybody else to handle a case for my family." T.D., Aurora, IL
★★★★★
"I am truly blessed to have been referred to John and his team. Without John, my case would have been swept under the carpet. He truly made me feel cared for, protected and comfortable. I never was treated as just another case, and never felt ignored or neglected. I recommend John and his firm to others." A.G., Elgin, IL
View More
Submit a Law Firm Client Review