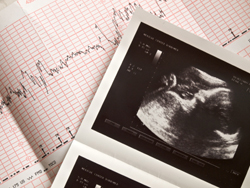 A birth injury is trauma to the baby that occurs during the birth process. Often, injuries occur due to pressure being placed upon the baby while passing through the birth canal as a result of prolonged labor, a breach (legs first) presentation, premature birth, application of forceps, other mechanical interventions, or due to the small size or irregular shape of the mother’s pelvis.

Although many birth injuries, such as bruising and swelling, forceps scars, and even fractures, are non-serious and heal within a few weeks or months, loss of nerve or muscular function caused by bruising, pressure, or swelling, may be permanent. Some injuries reported include facial paralysis (pressure on the facial nerves during birth or as a result of the application of forceps during birth), brachial plexus injury (erb’s palsy, a paralysis, or weakness, of the arm caused by stretching of the nerves around the shoulder during birth), and cerebral palsy (a chronic disorder caused by trauma to the brain during, or near, the time of birth with symptoms, including loss of movement, or other nerve functions). Other serious injuries result from oxygen deprivation due to the umbilical cord becoming wrapped, or affixed, around the baby’s neck, restricting the flow of oxygen to the baby’s brain during labor and delivery. Sadly, brain injuries associated with birth injuries and are often irreversible. See More

Parents and families with a child who has suffered a birth injury must live with the consequences and adjust to meet the needs of the child, with expensive long-term care and rehabilitative, occupational and speech therapy. In many instances, the costs of medical care will exceed the limits of health insurance coverage for the family.

If you suspect that your child was injured as a result of the negligence of a doctor, hospital, or other health care provider, you should speak to a knowledgeable attorney and obtain an evaluation of your important case as soon as possible. Consideration must be given to the applicable statute of limitations, which limits the time permitted to file a personal injury lawsuit sounding in medical malpractice. If a lawsuit is not filed before the expiration of a statute of limitations, the claim will be forever barred.

Medical negligence, birth injuries, emotional distress. An Aurora, Illinois woman has filed a lawsuit sounding in negligence against a hospital and physician for birth injuries and wrongful death of her child, as well as for painful emotional injuries following the decapitation of her baby during delivery. The lawsuit alleges that her physician failed to provide pre-natal care that complied with the standard of care, and that the hospital and physician failed to properly attend to her and to her unborn child after the onset of pre-term labor while she was hospitalized. The lawsuit alleges that a cerclage, which had been surgically attached, was inadvertently left in place during active labor. The lawsuit seeks damages for the injuries and death of the child during the delivery, as well as the emotional injuries suffered by the mother, after the mother terrifyingly witnessed her baby’s “incidental decapitation” (as stated by the physician in hospital records) during delivery.
Contact Attorney John J. Malm