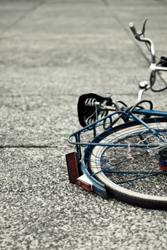 With increasing numbers of bicycles on the roads, the risk of traffic accidents continues. Last year, Illinois reported 3,100 motor vehicle accidents involving injuries to persons on bicycles; 20 of which were fatalities.

When a negligent motorist strikes and injures a cyclist, the cyclist may be entitled to recover against the at-fault motorist for medical expenses, pain and suffering, lost wages, loss of income, disfigurement, loss of normal life, and other damages resulting from the accident. Given that cyclists have little protection in the event of an accident, injuries are often severe, and sometimes fatal.

An injured cyclist should contact the police so that an official report can be completed, witnesses interviewed, and statements taken as soon as possible following an accident. A claim may be brought against the at-fault motorist’s automobile insurance company in the same way a car accident claim can be brought.

The Law Offices of John J. Malm was recently retained to represent the family of an injured 9-year-old girl, who was struck by a hit-and-run motorist while riding her bicycle at a park near the family’s home in Hanover Park, Illinois. Police are still seeking the identity of the driver of the fleeing vehicle, believed to be operating a pick up truck. The girl suffered severe injuries as a result of the accident, including a closed head injury. The family has retained attorney John J. Malm to pursue a claim for damages by bringing an uninsured motorist claim against the family’s automobile insurer.
Contact Attorney John J. Malm